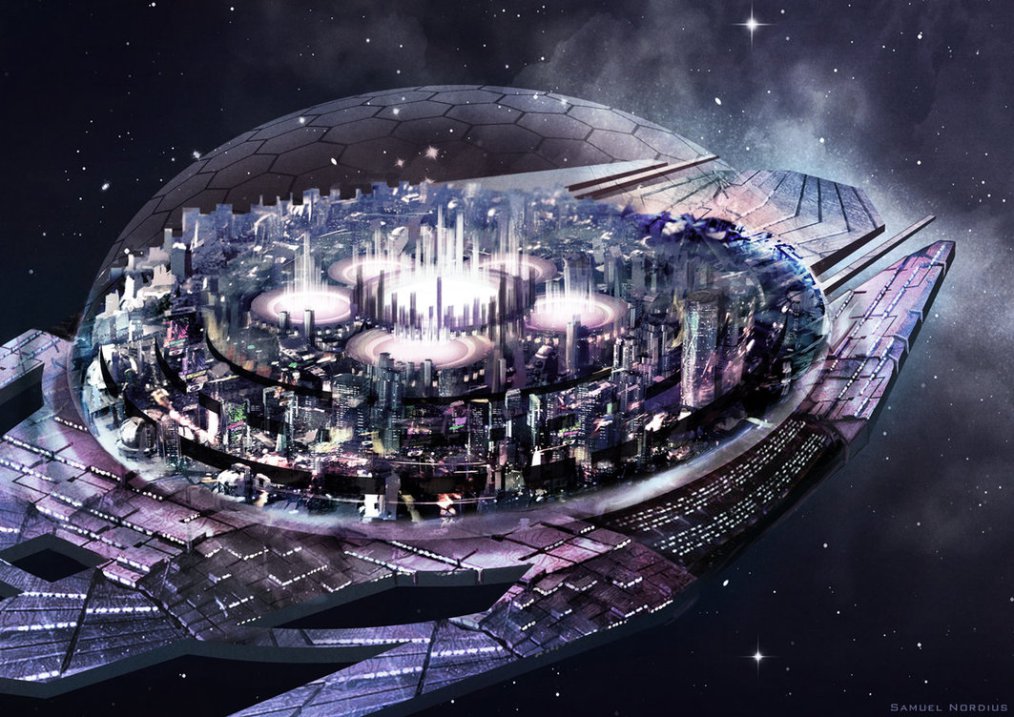 The city was entering into its third generation by the time they reached the fringes of the Lukida cloud. It never occured to the inhabitants of the giant spaceship that “the city” was an odd name for a craft, it was all they’d ever known.

The fiery orange cloud they were powerless to avoid hadn’t been seen by their ancestors who’d set their course. Or perhaps it had, but they’d suspected it wasn’t dangerous? There was nobody left from that era to ask now.

Their unhalting march towards the unknown orange nebula had divided people around the city. Many had dreams about it, which some had interpreted as nightmarish warnings of certain death. Some welcomed being enveloped, and had organised regular gatherings with like-minded people. Others regarded these as an irrational cult.

But either way, no-one, not even the decendents of “the city”‘s engineers and maintenance personnel could do anything about their destination.

So how does this story end?

Artwork is “The Galactic Arena” by Samuel-Nordius.

I used our star system name generator to invent the name of the cloud.