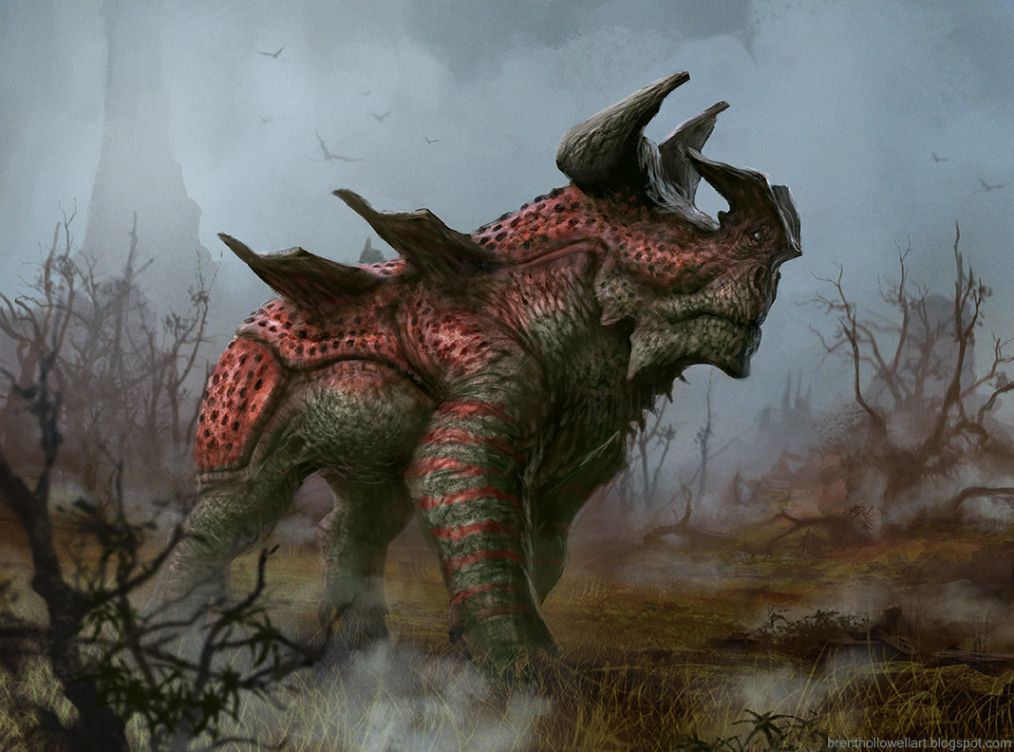 Here’s a fantastic piece of artwork by freelance concept artist Brent Hollowell. Brent is a master of the weird and wonderful, but some of his creature concepts are also surprisingly realistic (you can see more on his blogspot page). There was no description to accompany this image, so I decided to add my own.

Horned Raxomajup are large creatures native to the high-gravity world of Bellatav Prime. They have tough, armored skin much like a rhinoceros. They have musk glands in their feet, which they use to mark their herd’s territory and have an extremely strong sense of smell. In the wild, females of the species fight for dominance over their herds.

The Horned Raxomajup evolved on the same planet as a race of Humanoid Molluscs called the Legaviak, who traditionally used them as farm animals and ride them into battle against enemy tribes. This practice still exists hundreds of years after the Legaviak invented space travel, and shielded Raxomajup are still ridden into battle from Legaviak dropships when invading enemy worlds.

The name and homeworld of this alien creature was devised by the alien species generator. The random description from the generator was also useful, although I’ve added some embellishments.